This is part of a series called Weekly Bite, featuring plant-based recipes I’ve cooked from around the web. Links will take you to the original recipe—all recipes without links are created by me and shared at the bottom of the post. Catch up on previous posts here.

I used the Trader Joe’s mixed potatoes rather than fingerlings, which resulted in potatoes that could have been roasted a bit longer. Next time, I’d use the tiny potatoes or just cut potatoes smaller so that they’re fully cooked. Also, I’d add more oil and salt (which, let’s be honest, makes everything taste better). 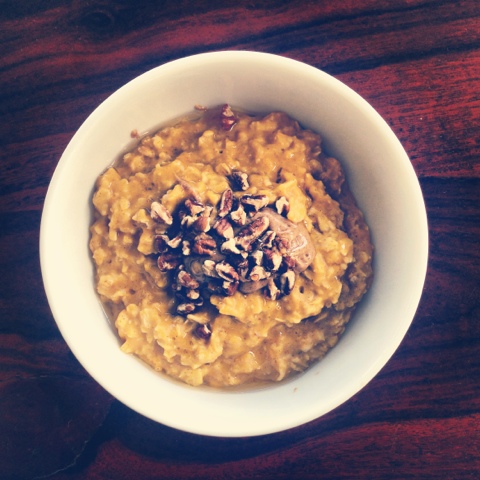 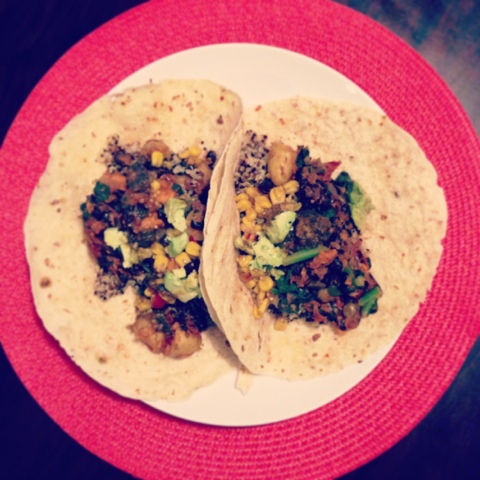 I didn’t have a tomato so I used canned fire roasted diced tomatoes with green chilies. I think I’d do that again. Also, I added quinoa in the burrito, though I think brown rice would have probably been better. Overall, this was a really good meal. Brian did the traditional burrito (as shown), and I had mine as a mix of the potato filling and quinoa (no tortilla). I really enjoyed it that way—it makes a great gluten free option. 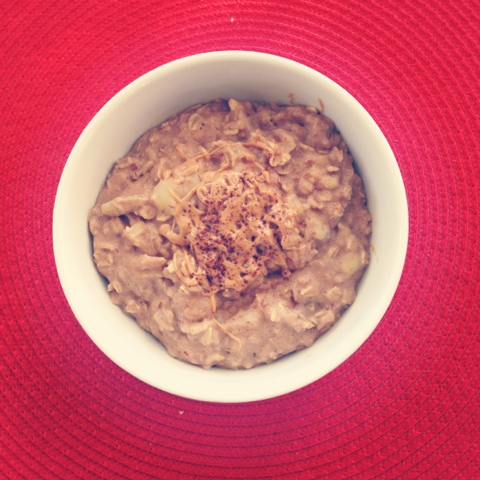 The recipe was delicious and incredibly filling—Brian and I couldn’t finish our bowls! I made it twice this week to experiment a bit. The second time I omitted incorporating the caramelized bananas, opting instead to slice fresh banana on top. Also, I think cooking it with water and just adding a dash of almond milk on top after cooking would result in just as tasty of a bowl! 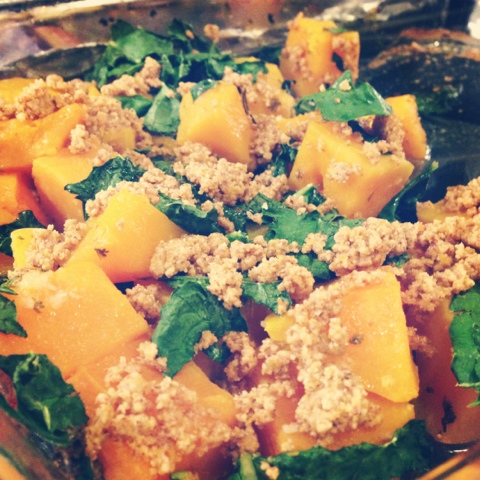 I followed the recipe exactly and it was perfect. This is already a new Borton Family staple—it is absolutely to die for. That weird looking topping is heavenly when mixed with melt-in-your-mouth butternut squash. We will be making this dish many times in 2013, I can promise you that! 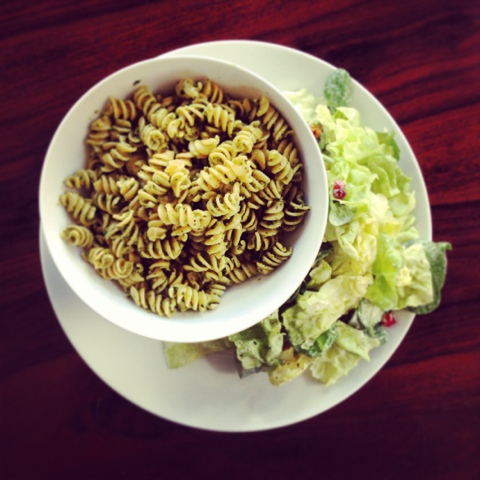 I used only pine nuts (rather than a mix) in the pesto, but would be interested to try a combo of pine nuts and walnuts next time. Overall, this was absolutely delicious and is my new go-to pesto recipe.

Using a 50/50 ration of butter lettuce to baby spinach, mix all ingredients in a big bowl using quantities based on your preferences (I recommend 1/4 of an avocado per person). Dress with tahini dressing and enjoy immediately!

NOTE: I used a bit more tahini than Angela calls for in her recipe on Oh She Glows. Ultimately, it’s all about what tastes good to you, so adjust as needed.

Put oats into a pot, then add water until the oats are just submerged. Cook on medium high heat, stirring regularly, until your oats have nearly absorbed all of the water. Then, add in the cinnamon, pumpkin pie spice, almond butter and pumpkin and stir until it’s all incorporated. Once it’s heated through, divide into two bowls and top with a dallop of almond butter, chopped nuts, and sweetener.

NOTE: feel free to adjust quantities of cinnamon and pumpkin pie spice according to your taste preferences!

What are you cooking this week?

JOIN IN EVERY WEEK

More of my current favorites here >>